Interrupted Sleep: The Connection to Alzheimer’s 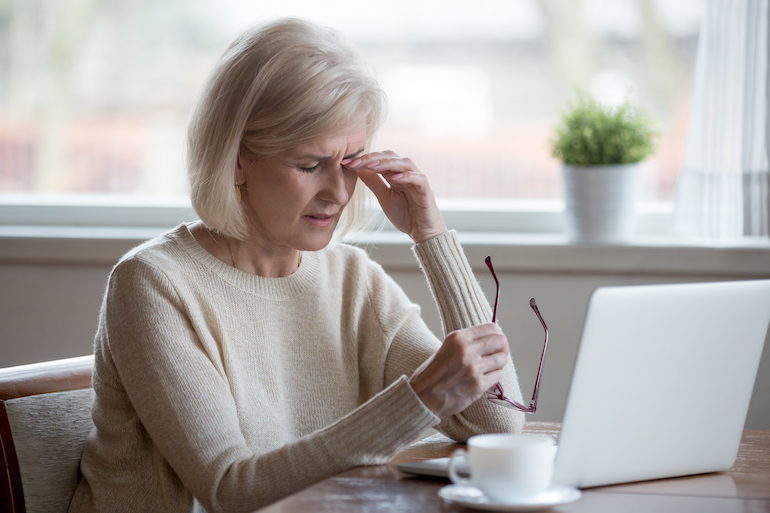 We all know that getting a good night’s sleep is important for looking and feeling your best. But for people with sleep disorders like obstructive sleep apnea (OSA), not feeling well-rested is just one of many health concerns that can pop up. Recent research has linked sleep disorders to serious neurological damage in ways that have never been found before. According to a series of studies by researchers at Wheaton College, there are “significant connections” between sleep breathing disorders and the accumulation of the primary indicators for Alzheimer’s. Keep reading to learn more about the connection, and what it means for you and your loved ones.

How a Buildup of Toxins May Lead to Neurological Disorders

Wheaton College studied 516 adults, ages 71 to 76, who experienced sleep disordered breathing. Researchers found an increase in certain biomarkers, or indicators, that are found in people with Alzheimer’s. The most significant finding was a buildup of amyloid plaques, which is a major indicator in the brains of patients with Alzheimer’s. Amyloid deposits accumulate throughout the day and are cleared out by the brain during sleep. Disordered breathing that continually disrupts the deepest stage of sleep may give your brain less time to clear the toxins.

The same study found that people who repeatedly jolted awake during the night immediately showed an increase in amyloid buildup. But amyloid plaques aren’t the only known Alzheimer’s indicators that were found in people who experienced sleep disordered breathing. If the pattern continued for several weeks, subjects also showed an increase in tau protein tangles. Tangles in tau proteins cause certain proteins in the brain to fall apart and disintegrate — and they are the primary marker of Alzheimer’s disease.

What It Means for You

When considering these findings, it’s important to remember that researchers are still unclear whether or not the relationship between sleep apnea and Alzheimer’s is causative – whether people with Alzheimer’s have trouble sleeping or if those who have trouble sleeping are more likely to develop Alzheimer’s. What this research does indicate, though, is that there are more reasons than ever to seek treatment for sleep apnea.

If you are suffering from the effects of sleep apnea, there is some positive news. The same studies also show that a CPAP machine or an oral appliance can reduce the risk of developing Alzheimer’s. Seeking treatment from a specialized sleep doctor, like Dr. Rodgers, is important for protecting your overall health into older age.

If you feel you or a loved one is experiencing disrupted breathing during sleep, request a free, no-obligation consultation with Sleep Better, Georgia today.

Comments Off on Interrupted Sleep: The Connection to Alzheimer’s